Average salaries in Sweden are not so high as someone would expect, having in mind cost of living. In comparison to other European countries and United Stated, there is a more even distribution of average income between industries and occupations. Therefore there are no big discrepancies between salaries of medical doctors and programmers for example. 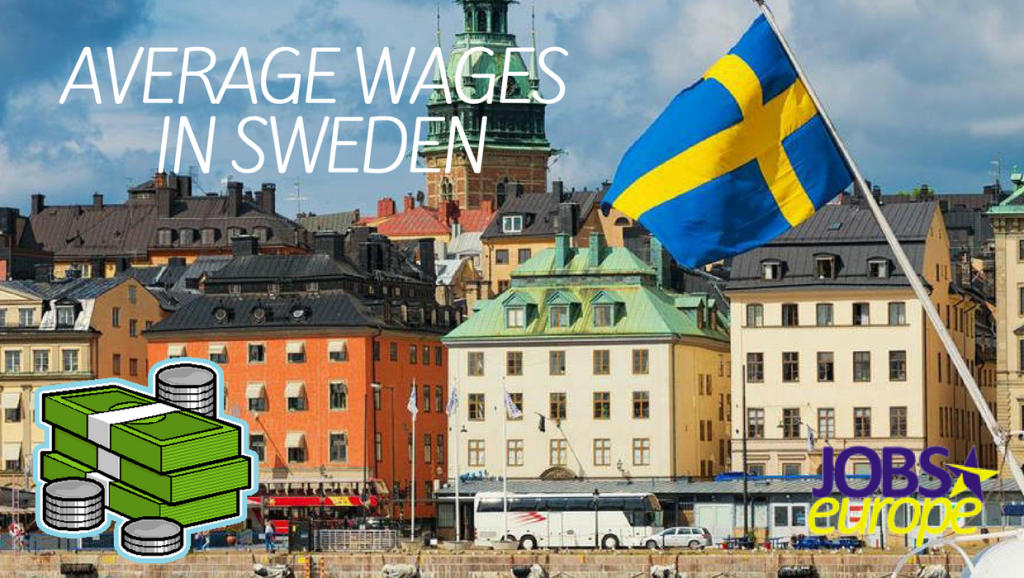 As you may see in the table above, professionals working in Financial Services and Mining and Manufacturing earn the most, while education professionals bring home smallest paychecks. 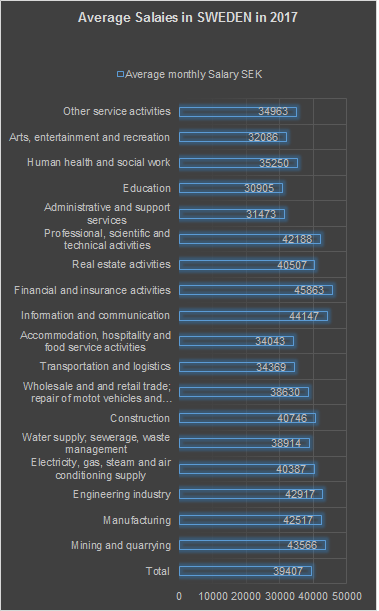 If you want to know the exact average salary for a particular profession you can consult the table below, where we have provided average salaries recalculated to EUR values.

As in the most other countries, doctors bring their home biggest paychecks, whole logistic workers and tailors earn around EUR 2000 which is not so much for Swedish cost of living.