German employment rate has hit the highest since reunification in 1990 while the number of home building permits fell in the first half of the year, data showed in August 2017, sending mixed signals about the state of Europe’s biggest economy.

In a positive sign for household spending and tax revenues with Germany’s growing population, employment reached a record 44.2 million people in the second quarter, data from the Statistics Office showed. 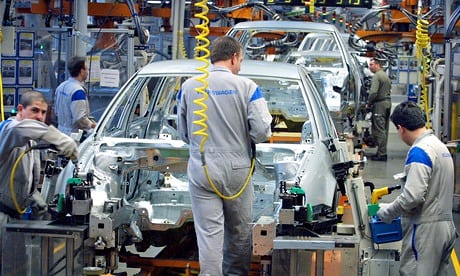 Among the companies creating more jobs were information and communication firms, education and health providers, restaurants as well as construction firms.
Separately, data from the Federal Statistics Office showed that German authorities issued some 13,400 fewer residential building permits in the first half of the year compared with the first six months of 2016.

Home building has become a key driver of economic expansion in Germany as increased job security and record-low borrowing costs are boosting demand for real estate.

Higher state spending on roads, bridges and social housing, partly to accommodate a record influx of refugees over the past two years, is giving construction additional support.