Highest net salaries in July 2017 among EU capitals have been paid in Luxembourg, where an average net wage was EUR 3,042.07. On the other end workers in Sofia have reported 6 times lower average wages for this month which makes Sofia the worst performing EU capital according to the average salaries with only  EUR 550.52 paid.

Based on the Numbeo data on average cost of living we have prepared the list of EU Capitals according to the net salaries. Unlike other surveys that take into considerations official statistics for salaries paid, Numbeo generates the data based on the feedback users have reported. according to data available for July 2017, best performing cities are Luxembourg and Copenhagen in Denmark, while the lowest wages are paid in Sofia, Bulgaria and Bucharest, Romania.

Regional discrepancies remain huge across the EU, so workers in best performing cities on average earn up to 6 times more than those in Bulgaria and Romania. 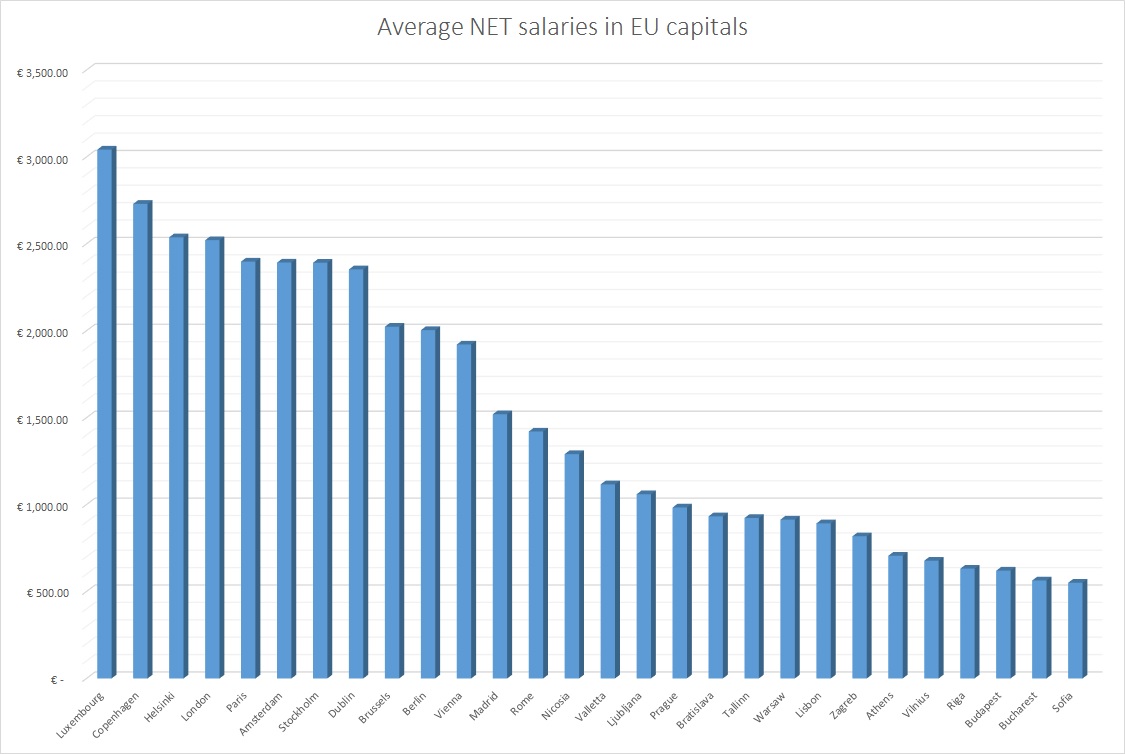 Madrid in Spain and Rome in Italy are on the level of the EU average, since their residents earn around EUR 1500 per month.  There is the trend in which residents of capitals in Eastern and South Europe earn much less then residents of a western EU capitals. So the bottom of the list mostly entails the capitals in Easter Europe and in Balkans. Full data has been shown in the table below.